For over 35 years, law enforcement has been raising awareness and funds for Special Olympics.
What began as idea in 1981 with Chief LaMunyon of Wichita Kansas, it was later adopted by the International Association of Chiefs of Police. Now the Law Enforcement Torch Run is the largest fundraising group for Special Olympics.

Since then, each year in May, officers from across the U.S. hold their own events. Alabama held their run May 17-20, with officers crisscrossing the state from Huntsville to Troy.

Blue Watch was there to help support officers who gave of their time to participate by providing cooling towels for nearly 200 officers who ran in the event. Community Service is one of Blue Watch’s four core strategies that we believe are important to have a clear mind and a whole heart. Because of this it is only fitting that we partner with such a worthy cause as this.

Check It Out! Hot off the Press! “Confession of a Christian Fraud”

Hot off the press, “Confession of a Christian Fraud”, written by Ohio police officer Chad Campese, is a great story about his journey of faith. No matter where you are in your journey there is something in this story for you.

Check out what Chad has to say.

“Police officers hold a unique view of humanity. The people and experiences we encounter everyday sit in stark contrast to a world planned, cared for, and loved by a supposed good Father.” 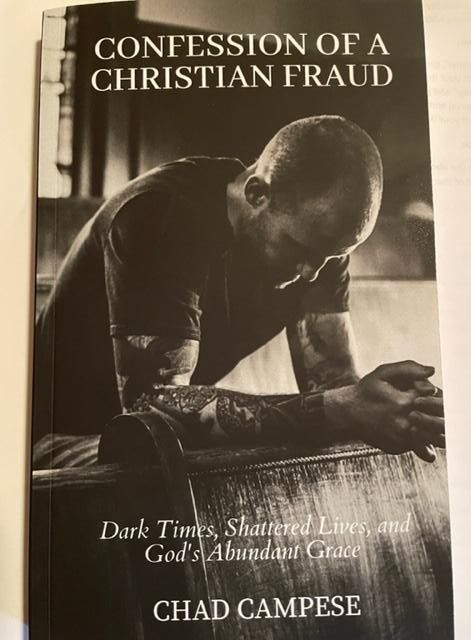 “Law Enforcement almost killed my marriage, my faith, and my life.  I felt alone. Like I was the only one.  I was a wreck. Where did I go wrong? What was I missing? Had God left me behind? Did He even care? Why was He silent?”

“Law Enforcement, the one profession that plans for and protects everything, except our own mind, so we kill ourselves from the inside out, slowly…”

“Policing almost destroyed everything. Until He revealed three final words. They were my last hope. They changed everything. You can say them too. Mean them. Freedom and Peace will follow. Because they have to. Because He promised…Because being a cop is not who you are, it’s what you do, even though the lines blur as we go on.”

“I’ve been there. I’ve done that. Working as an officer for twenty years has taken its toll, but it’s also given me a story. It’s a story I hope will be used for healing, redemption, and God’s glory. It’s a story I’m sure other officers, especially those of faith, can relate to. Can I get a few minutes of your time?”

Blue Watch is concerned with both the physical and emotional survival of officers. Because we not only want them to survive, we want them to win, anytime a law enforcement officer is involved in a gun battle we send copies of “Winning a Gunfight.” This is part of our ongoing outreach and a way to minister to those on the front lines.

On May 5, officers from Albertville PD and Marshall County SO encountered an armed gunman when they responded to a domestic call. After repeated attempts to get the suspect to drop, the gunman refused.

Blue Watch sent copies of “Winning A Gunfight” to both Albertville Police and Marshall County SO.

“Increasing Your Effectiveness in Law Enforcement”

Hosted by the Ashland Police Department

For more information or to register, visit the event page.

Blue Watch wants officers to have a clear mind and a whole heart. On our website we offer resources that we believe will help them. Currently we offer the following books:

Once you have read it, please share with us your thoughts, good or bad, and we hope you will pass the book to a fellow officer.

If you feel led to support, you can donate by visiting our website and clicking the “Donate” button or by making a check payable to Blue Watch and mailing to 2620 Swiss Lane, Birmingham, AL 35226.