At the ceremony’s conclusion, Blue Watch had the honor to help provide lunch for the families of the fallen. A special thanks goes to Jim Henderson, retired Birmingham Police Department. Much of what happens each year is a direct result of his sacrifice. 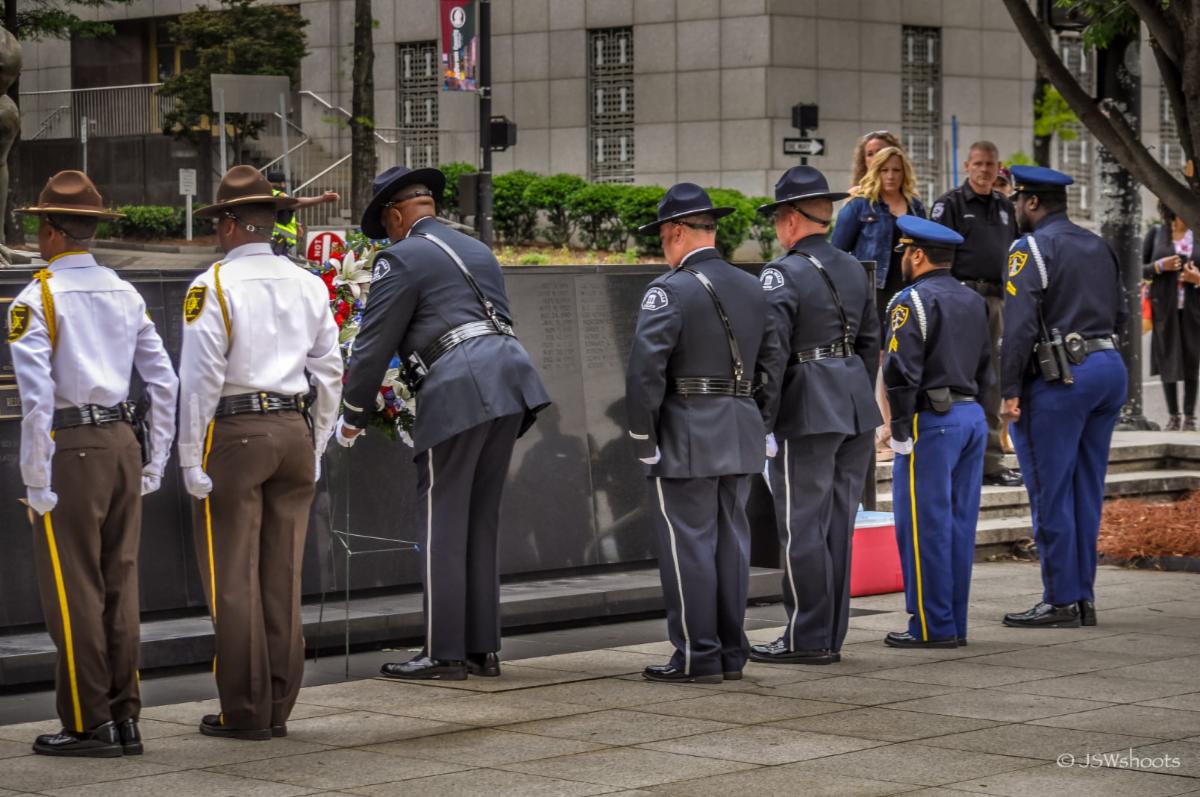 Anytime there is an officer-involved shooting, Blue Watch sends copies of “Winning A Gunfight” to the agency. “Winning A Gunfight,” written by retired San Antonio Police Department sergeant and now ordained pastor Tim Rupp, addresses the emotional and spiritual aspects of gunfights. This is a must read for any officer that has ever been in an officer-involved shooting.

If you, or someone you know, has been involved in a gun battle and would like a copy of this book, we will send you one at no charge. Email us at info@bluewatchfoundation.org.

Mark your calendar for October 5. This will be our fall leadership event, “Don’t Restart… Reset and Reignite, Strategies to Build a Better Career and Personal Life,” at the Pelham Civic Center.

More details will be released in the July newsletter. Registration will open in August.

Blue Watch is here to serve you – the law enforcement community and your families. We want to hear from you because we want to offer services that you need and want. Email us at info@bluewatchfoundation.org.

Please prayerfully consider making Blue Watch part of your year-end giving. The faithful giving of many in the community has made all we’ve done possible. To continue the mission will require greater community support. If this is something you feel led to support, you can donate by: