In an effort to expand our reach and further spread messages of encouragement to the law enforcement family, Blue Watch recently began recording a series of vlogs focused on key leadership principles with a Biblical emphasis. We hope these will be ready for release in August. This will be done in conjunction with the launch of a social media campaign.

A special word of thanks the Vestavia Hill Police Department, the video production team at the OnIn Group and Manuel Zarate. Without their contributions, this would not be possible.

If you have topics of particular interest, or you want to be a guest vlogger, please let us know. We welcome the input and contributions of others. Be on the lookout for future announcements. 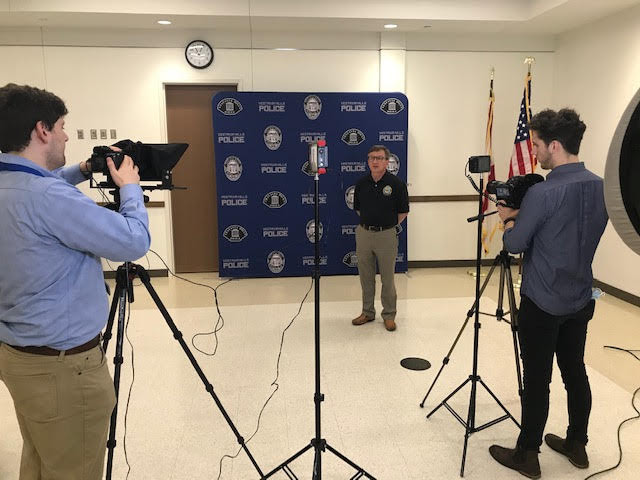 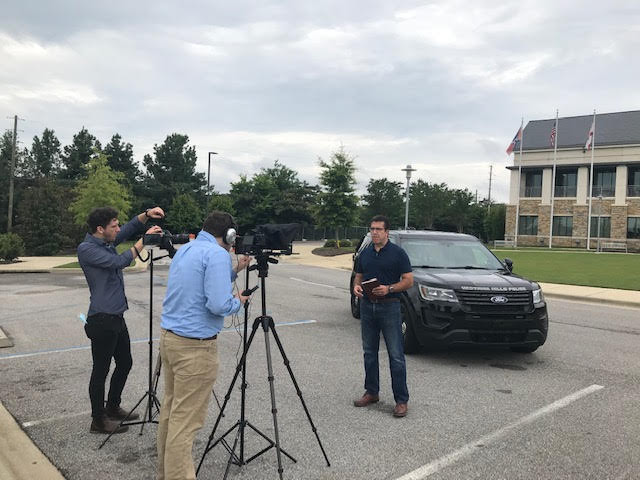 A Message From the Executive Director

Get Off the Sidelines; A call to action for communities and the officers that serve them.

I continue to be amazed at the level of violence and civil unrest that has spread across our great nation in such a short time. I would have never thought our country could have digressed so fast, seemingly overnight.

While law enforcement has always been viewed with an eye of suspicion, never did I believe we would become the villain – but that is exactly what has happened. Now television shows and toys designed to cast a positive image of police for our children has come into question. What we see before our very eyes is evil on full display. While it seems this has happened suddenly, it has been decades in the making.

In 1965, legendary radio broadcaster Paul Harvey, who was the son of a Tulsa, OK police officer who was killed in the line of duty, had a commentary titled “If I Were the Devil” where he predicted exactly what is happening today. We should not be surprised, and I can assure you God isn’t caught off guard, instead He is probably saying. “I told you so.

Recorded in the Old Testament book of Haggai, it tells of a time in the history of our world, about 530 BC, when the Babylonian empire failed and the Israelites returned to their homeland. I am intrigued by the story because I see similarities between America today and that time in history. God told the Israelites to re-build the temple but the Israelites gave lame excuses for saying now is not the time. The problem was their priorities were out of order and they were more interested in fulfilling their own selfish desires, however, there was a righteous remnant that obeyed. They rose up to rebuild the temple and the Lord blessed them.

Oh, how the same applies today. For decades we have pursued our own selfish desires and ignored the needs of our communities. This is precisely why we are in the mess we find ourselves. God is telling us to be about building His kingdom, instead we are too busy chasing the American Dream. For decades we have been looking to our politicians to solve our problems, but we have been looking in the wrong place. We must look to the only one true God who sent His son to die for our sins.

It should come as no surprise that law enforcement is under vicious attack because they are the only thing that stands in the way of evil taking full control of our society. Are our officers perfect? …no, do they make mistakes? …yes, but in light of all they are asked to do, they are doing a fantastic job.

In closing, I would like to offer three takeaways to our officers and the communities they serve.

It is time everyone got off the sideline. Please join me in prayer for them and their families.

We apologize for the ongoing delays announcing plans to reschedule the Spring Conference on Officer Mindset Resiliency. We continue to face challenges with access to venues due to the COVID-19 crisis. Despite these continued challenges, we are determined to find a way to move forward.

Jim Bontrager’s message is timely and will bring much needed encouragement in these challenging times. In order for it to become reality, it is likely changes will be made to the format. A special announcement is forthcoming in the very near future.